All sorts of entertainment!

Perfect your visit to the greatest tourist destination in the world with an Orlando day tour – so many things to do in Orlando beyond Disney!

With so many fun and unique things to do in Orlando, we are unashamedly biased…but we love welcoming you as part of the 70 million annual visitors who come to Orlando each year, many of who enjoy one or more of our Original Orlando Tours to see “the other Orlando”!

You are probably like most of those guests who will spend some portion of their vacation at Walt Disney World, Universal Studios and SeaWorld. But did you know, there are so many fantastic things to do in Orlando beyond those theme parks?

Often visitors need a break from the sweaty crowds and massive queue lines of Walt Disney World, Universal Studios and SeaWorld. Or they want to complement their visit with an unforgettable experience Orlando day tour to “see the other Orlando”. Many of our guests come for weeks or months and are hungry to see what else Orlando has to offer.

Well here’s a secret for you:

Native Orlandoans generally don’t go to the places that you go while you are in town!

Yes, we sometimes head over to Walt Disney World, Universal Studios and SeaWorld to share a day with friends or family when they are visiting. And while those theme parks do a great job in providing world class attractions, there are so many other things to do in Orlando.

The theme parks are just the beginning, but your visit isn’t truly complete unless you take in a least a portion of the hundreds of other things to do in Orlando that visitors rarely hear about.

“There are so many other things to do in Orlando”

So let’s do this! Push your vacation over the top when you take a break from the masses of humanity for a day with a local native tour by Original Orlando Tours, where you will also tour like a local to some of the hidden gems that we enjoy as Central Florida residents.

Have you ever swum in the pure waters of a natural spring? Ate blueberries right off the bush? Or observed wild gators and manatees in their natural habitats? Those are just a couple of the many things to do in Orlando once you get away from the concrete jungle of the tourist zone.

So besides the big parks, what ARE the other things to do in Orlando?

As a starting point, we knew of dozens of hidden treasures throughout Central Florida. Old Florida attractions that were the places to visit on an Orlando vacation long before Walt Disney World, Universal Studios and SeaWorld came to town. Many are still open and inviting guests for a fun day trip from Orlando!

Friends also asked us about things to do in Orlando that you couldn’t do any place else, or at least where they came from. So, we would take them on an old-fashioned Southern swim picnic! There they could swim, snorkel and kayak in crystal clear fresh water bubbling up from natural springs. Or we took them to observe nature from a sternwheeler, airboat, antique train or zipline.

They were excited to catch their own shrimp, or pick their own oranges, strawberries, blueberries and peaches.

Many times, they just wanted to find a pristine beach away from the crowds for a day. Or get tickets to local arts performance, or a UCF football, Orlando Magic, Orlando City Soccer or major football bowl game, but couldn’t get the best seats that we could.

On other visits, we took them to tour local wineries or to explore the shops and cafes of historic towns. Some wanted to visit local breweries or chocolate factories here. As a result of these trips and visits, we learned so much more ourselves about all the things to do in Orlando that even some other locals were not aware of.

We also turned into experts of a lot of local history. We became well-versed in all the presidents who vacationed in Orlando and their stories. We learned all about the areas celebrities and movie productions in Central Florida, and the story of how Orlando was Mr. Rogers’ neighborhood for a period of time.

And of course, there are magical things to do in Orlando during holidays!

Boy, do we know how to do holidays here! The best things to do in Orlando during the holidays are rarely known to our visitors. But we know them, and over the years we’ve been bringing dozens of friends and family along to share in those unforgettable experiences! 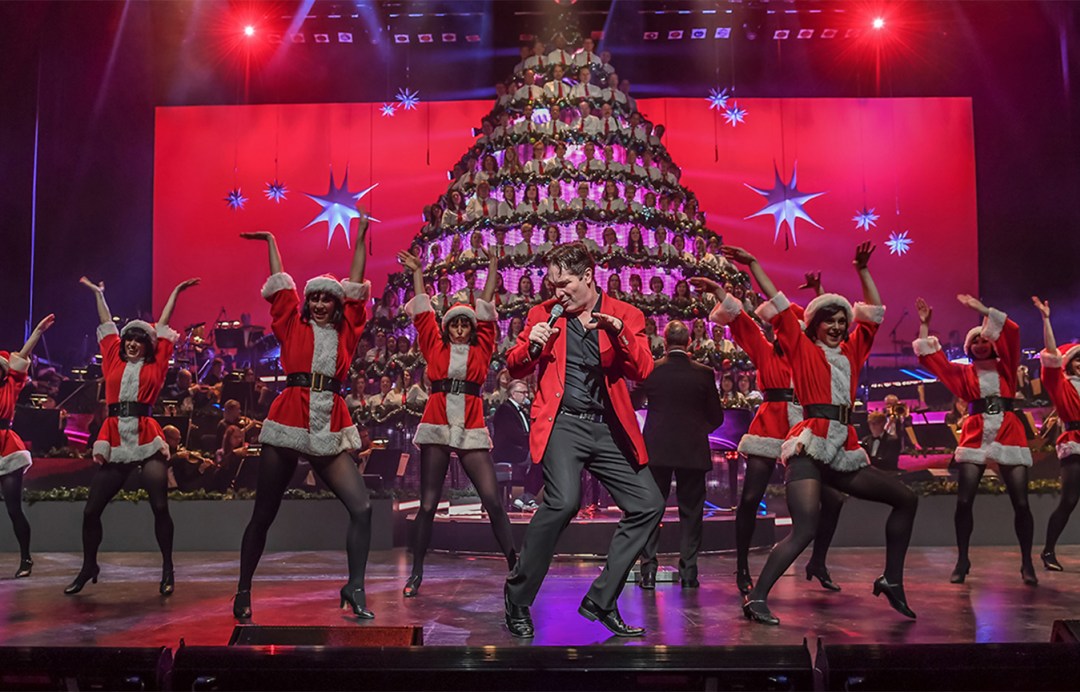 Folks have come and gotten lost in the “snow”, ice skating and other rides and festivities of Light Up UCF with us. Or were blown away by two amazing 45-foot-tall Christmas trees filled with a 300-voice choir among their 250,000 lights, all in sync with the music from a 50-piece orchestra. For some, the perfect Christmas time tour was sipping hot chocolate here on the Polar Express train ride as it travels through nearby Lake County.

No place on earth is as enchanting as Orlando at Christmas time!

We shared plenty of fun things to do in Orlando during other holidays too! There were fun times at local pumpkin patches or tours of the dark side of Orlando around Halloween. We visited the best places for an Easter Egg hunt in the spring and took in views of holiday fireworks above the heads of dolphins on the fourth of July.

So we started sharing our knowledge with a portion of the region’s 70 million visitors, conducting Orlando day tours, for visitors to tour like a local and see the other Orlando hidden gems!

When we launched Original Orlando Tours, our goal was to treat all our guests just like family from day one.

We come pick you up at your hotel in air-conditioned comfort. We provide snacks and drinks along the way, just like we did for our own friends and relatives. And on the journey to that memorable destination, we share fascinating stories about Orlando that most don’t hear anywhere else.

You see, we travel too. We know how much it means to have a friendly face take you in when you visit their town. We’re a family business and we treat you like family too.

We’re so proud to share our hometown with you, but more importantly, our passion is to cap off your stay in Orlando with the most memorable experience that we can give you.

About those theme parks…

And, yes, besides all the other things to do in Orlando that we love to show off, we do go to Walt Disney World, Universal Studios and SeaWorld too. And we have for 25 years. So, we not only know all the secrets, but we actually grew up with the parks.

Collectively, our family of guides have worked at Walt Disney World, Universal Studios and SeaWorld, as well as some of the other Orlando attractions for nearly 50 years before we were giving Orlando tours. Some of us have even walked Universal’s Islands of Adventure and CityWalk in hard hat and boots when it was still in dirt under construction.

This allows us to share our insight with you and your group to maximize your day at the park. We’ll get you as close to front gate as allowed by anyone. Once inside, we’ll get you to where you want to go and what you want to do without wasting your precious time. In most instances, we’ll be able to get you into express lanes and reserved seating. You’ll visit in style with efficiency and the flexibility to customize your unique Orlando tour day.

So why Original Orlando Tours again?

We want you to have a memorable great time! With so many things to do in Orlando besides Walt Disney World, Universal Studios and SeaWorld, you are only enjoying a small fraction of our town if you don’t join us to see the other Orlando.

We’ll come pick you up at the hotel and whisk you off to enjoy your day as you tour like a local. Along the way, you’ll learn fascinating facts from your local VIP guide as you enjoy snacks and drinks on any of our Orlando day tours. We treat you like visiting friends and family.

No one offers as many Orlando day tours as Original Orlando Tours does, so there are plenty of options to fit all types of interests. And if you are staying long enough, join us for a discounted second or third tour.

We love the Orlando area, and we love to make memories with our special guests as we see the thrills of joy and excitement on their faces during their time with Original Orlando Tours. Let us take you along for a VIP guided tour of Walt Disney World, Universal Studios or SeaWorld if you like. We’d love to make your day ultra-special.

But we really hope that with so many other fantastic things to do in Orlando, you let us sweep you away on a day tour to a special place; a place where lifetime memories will be made when you think of your awesome Orlando vacation, and your local day tour with Original Orlando Tours! Enjoy your stay!